The first conclusions of the #CrossBorderRail project were presented on 29th August in Berlin. The most important document is the PDF that summarises the “Top 20” projects where there is the most potential. Also potentially useful are the slides that were presented, and the press release. This video shows the recording of the 29th August event:

In due course each of the Top 20 will be written up in more detail, and individual videos made about each project.

Why were the Top 20 chosen? After having crossed 95 borders in the project, and after having seen all sorts of cross border railway lines, I had to make a choice. In some places change is already afoot, so those borders were not included. At others, the cross border service is already adequate for the needs to the place. And in plenty of others massive change is needed, but this is either so complex or so costly that change is going to take a long time – so those borders were also not included.

I instead aimed for places where the most significant change could be achieved with the most minimal financial outlay, or where additional political will was not necessarily required.

The Top 20 selected projects are shown in this map, that also has a zoom-able version on UMap. 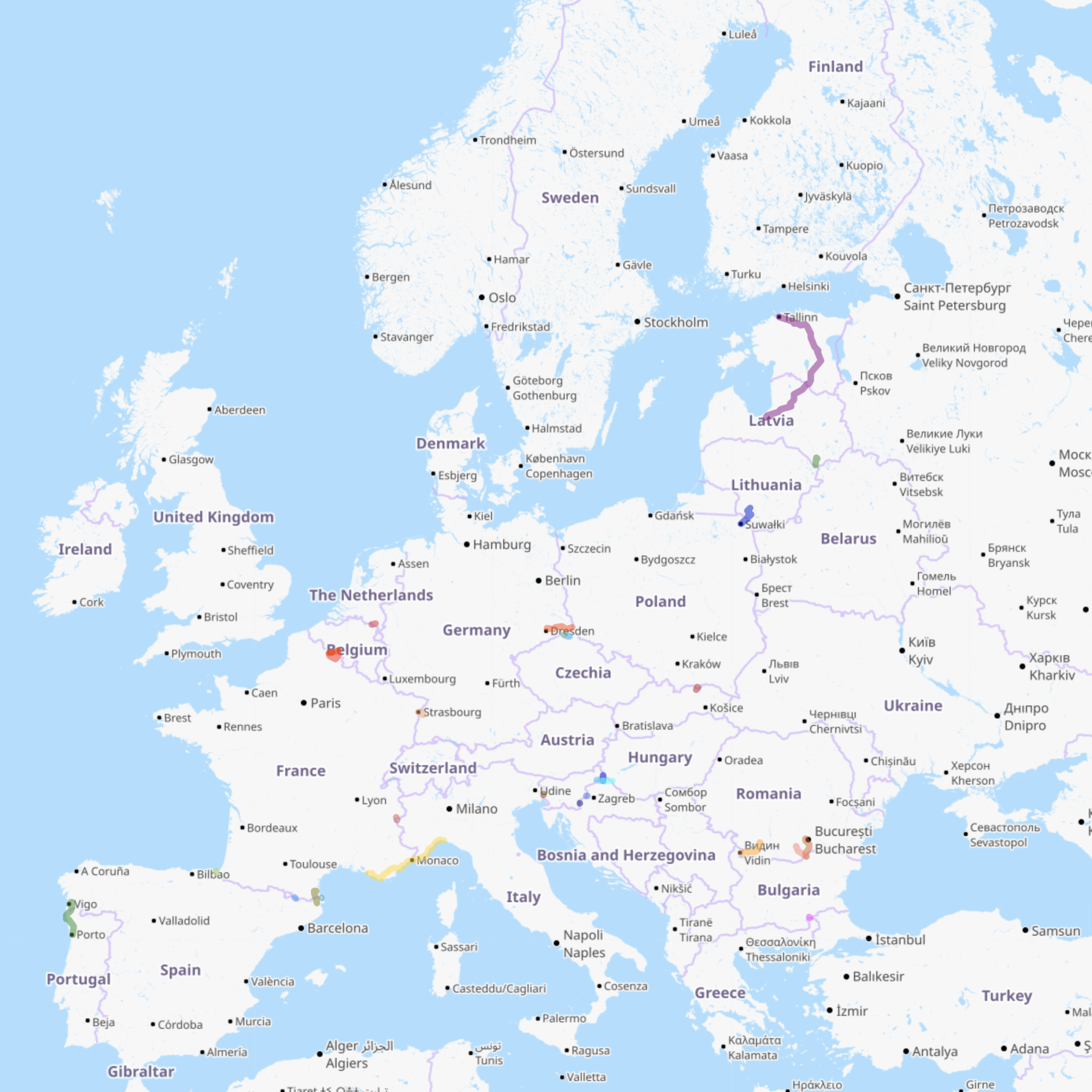